Just a quick note that the LHC stopped operation this past week and has gone into its first long shutdown. This shutdown period lasts two years, and during that time the accelerator will be upgraded to allow it to run at its full design energy of \(\SI{7}{TeV}\) per beam for proton-proton collisions. 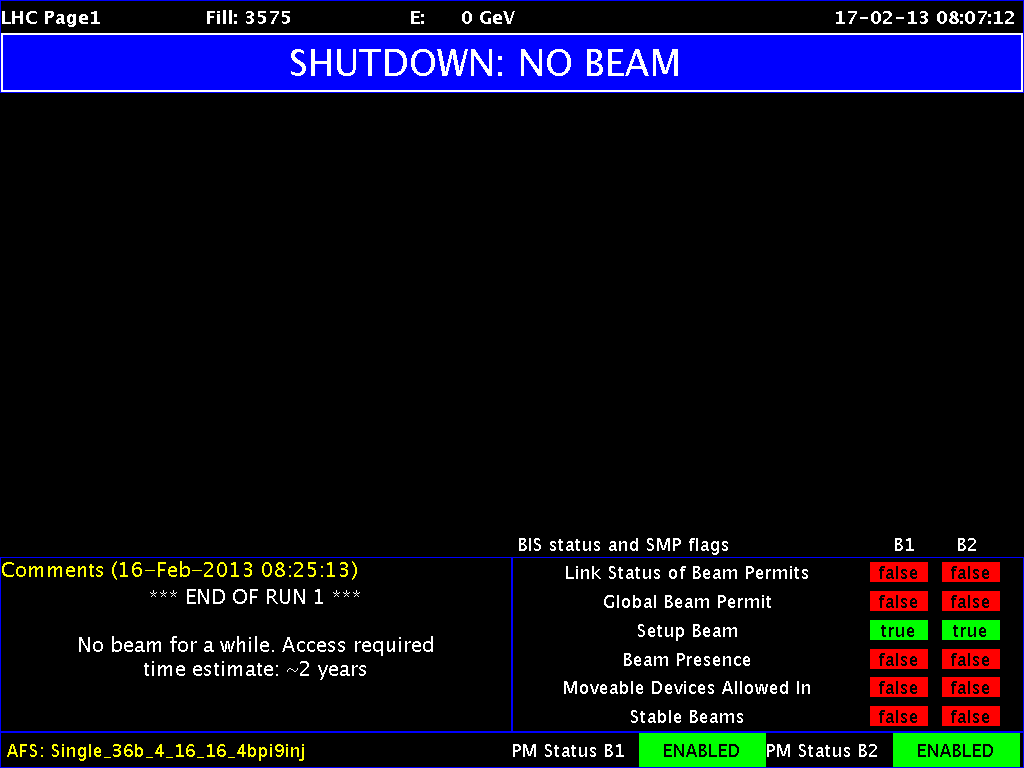 You can always track the status of the accelerator complex using LHC Page 1 or the LHC Dashboard, although they’re not going to have anything interesting for a while.

In the meantime, theorists and much of the LHC experimental collaboration members are going to have their hands busy analyzing the data that came out of this first run. Of course there is the ongoing search for the Higgs boson, which is by now actually a search to determine whether the boson that was discovered is in fact the standard model Higgs. But there are all sorts of other predictions to be checked, most of which have to do with pinning down the behavior of known particles under extreme conditions, rather than discovering any new particles. The LHC ran three different types of collisions: proton-proton, proton-lead, and lead-lead, and some of the most interesting results (in my highly biased opinion) will come from comparing the distributions of particles produced during these different kinds of collisions. Stay tuned!