The blog has been pretty quiet the last few months, because I’ve been getting ready to move to Wuhan, China, where I’ll be starting work as a postdoc at Central China Normal University. 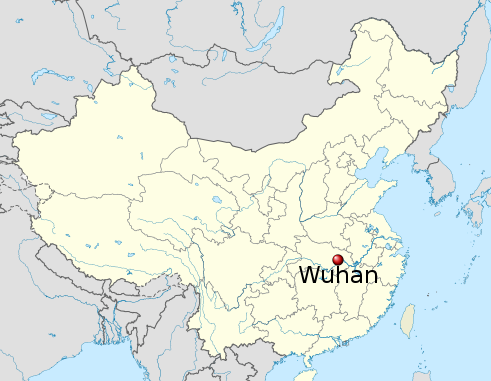 It turns out that moving to another country - in fact another continent - takes a lot of preparation. Shocker, huh. Airlines put pretty restrictive limits on both the amount and type of things you can take, so I had to pack light. I’ll basically be living out of a couple of suitcases for the next six weeks. But at the same time, shipping things to China is unreliable, expensive, and impossible until I find out where I’ll be living, so I had to make sure to take everything I needed. It took some planning to figure out how to fit the essentials into those two suitcases. My old habit of making a checklist of what to pack really came in handy!

Then there’s the whole issue of getting permission to enter the country in the first place. Officially, to work in China, I need a work visa. For that I need a work permit from the university. For them to give me the work permit, they need to see a copy of my PhD diploma. (No, that doesn’t make sense to me either. Copies are not hard to fake.) To get the diploma I had to submit my dissertation and all the accompanying paperwork. One of those papers was a signature form that had to be signed by all members of my dissertation committee. To get them to sign the paper, I had to revise my dissertation according to their directions, which I only got after my defense at the beginning of August.

Wait, there’s more! Since I defended my thesis in August, I don’t officially get to graduate until December. But Penn State doesn’t actually mail out diplomas for people who aren’t there until a month later (mid-January). So, based on that schedule, once I get to send a copy to the people at CCNU, they probably wouldn’t finish the paperwork until after the Chinese New Year in February, which is a pretty major holiday from what I hear. So I might not be officially employed until nearly a full year after getting the offer!

Anyway, for now I’m going as a visitor, on a temporary business visa. This plan works around the visa rules, and reportedly they can still pay me, which is the important thing.

Coincidentally, this trip comes just as National Novel Writing Month starts, or in my case, National Blog Writing Month. I’m going to try again to go for my goal of 30 non-trivial blog posts in 30 days. And I’m probably going to fall short again, but at least I do have a bunch of good science ideas saved up, and there will be a lot of updates about life in China. Maybe this will be the year, who knows?

Just to be safe, I’m counting this as one.